Sparks firefighters responded to a structure fire at D’Andrea Golf Club at 2:24 a.m. Wednesday morning after a local resident called 911 on a report of fire coming from the clubhouse, as reported by The online Reno Gazette Journal.

At 6:51 a.m., Sparks PIO Bob King said firefighters still were working to put out several hotspots at the scene. The clubhouse, one of the largest structure fires in Sparks in the past 21 years, is considered a total loss. 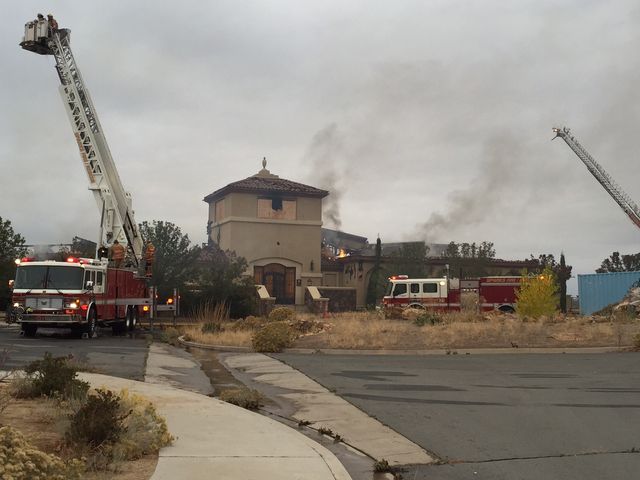 Marcella Corona/RGJ
The clubhouse at the D’Andrea Golf Course in Sparks was destroyed by a fire Wednesday morning.

“We received a 911 call from a local resident,” King said. “They looked and saw smoke from the vacant clubhouse … and saw a possible structure fire. When we got on scene, we saw the building was fully charged with smoke and we tried to give an internal attack, went around and had to pull back quickly.”

King said the fire broke through the ceiling quickly, which eventually collapsed.

He also said the fire department has accessed video surveillance from one of the nearby houses that show four males and two females either walking toward the clubhouse or running away from it, but it was difficult to determine their level of involvement with the scene.

“It probably was human-caused,” he said.

There were no injuries at the scene, he said.

The Sparks Fire Department did use all its resources to attack the fire, including 23 personnel, and called in mutual aid from Truckee Meadows Fire Protection District and the Reno Fire Department to ensure the city of Sparks continued to have coverage elsewhere.

“We used tons of water (to fight this fire),” King said. “The building was totally engulfed.”

Anyone who has information about this incident is asked to called Secret Witness at 775-322-4900.