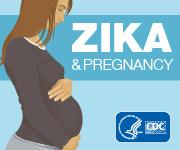 RENO, NV – The Washoe County Health District has confirmed that a woman who travelled to a country with documented Zika virus transmission and returned to Washoe County contracted the Zika virus. She is the fourth confirmed case of travel-associated Zika virus infection in Washoe County. Health officials are following Centers for Disease Control and Prevention (CDC) protocol and are providing the woman and her healthcare provider with the most current information regarding pregnancy outcomes after Zika virus exposure.

According to the CDC current reports reflect poor outcomes among pregnancies with laboratory evidence of possible Zika virus infection. The poor birth outcomes reported include those that have been detected in infants infected with Zika virus such as microcephaly, calcium deposits in the brain indicating possible brain damage, excess fluid in the brain cavities and surrounding the brain, absent or poorly formed brain structures, abnormal eye development, or other problems resulting from damage to the brain that affects nerves, muscles and bones, such as clubfoot or inflexible joints, and confirmed hearing loss.

“It’s hard to imagine the heartache involved with knowing that your pregnancy has been affected in one way or another with the Zika virus. We wish the best for this woman and her family,” said Washoe County District Health Officer, Kevin Dick. “This incident highlights the risk anyone who is pregnant, or planning to become pregnant takes, if they or their partner, travel to Zika virus areas. There is much that we still do not know about Zika virus,” said Dick.

CDC guidance for travelers to Zika areas can be found at http://www.cdc.gov/zika/pregnancy/